Decision comes amid renewed tension between Israel and Hamas, but Tesco claims its move is unconnected to conflict 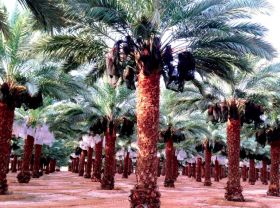 Dates from the West Bank are to be pulled by Tesco

The move, effective as of September, comes at the height of renewed tensions between Israel and Gaza-governing Hamas, but Tesco claims the ban on produce such as dates - which are grown in Israel but packed in the West Bank - is not politically motivated and unconnected to the conflict.

The decision was part of a “regular product review process”, a spokesperson for the UK's leading supermarket said.

Meanwhile, Blackburn-based not-for-profit group Youth On A Mission staged a peaceful protest outside the Tesco superstore in Hill Street, Blackburn, on Sunday (27 July), calling on customers to boycott the retailer because it stocks Israeli goods.

Tesco told the Lancashire Telegraph that, akin to all major UK retailers, it sources some of its products from Israel, and that these products are clearly marked with the country of origin so customers can make informed choices about what to buy.