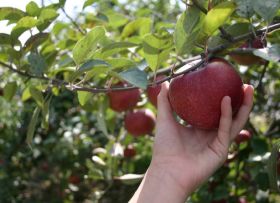 A former manager of a Conservative peer's family estate has pleaded not guilty to the manslaughter of two farm workers.

Andrew Stocker, 57, is accused over the deaths of Scott Cain, 23, and Ashley Clarke, 24, both found unconscious in the apple store at Lord Selborne's Blackmoor Estate in February 2013.

Blackmoor Estate did not enter pleas to four health and safety charges, according to BBC News. It is accused of contravening regulations under the Health and Safety at Work Act 1974.

The case against the estate was adjourned for a further plea and case management hearing on 9 January.

A trial date was set for both defendants of 3 June, 2015, and Stocker was released on unconditional bail.

The two men, who worked for Blackmoor Estate, near Liss, Hampshire, died while retrieving apples from a long-term storage container in which fruit is kept at very low oxygen levels, according to the Crown Prosecution Service.

John Palmer, the fourth Earl of Selborne, was one of the hereditary peers who remained in the House of Lords following the reforms of 1999, BBC News reported.