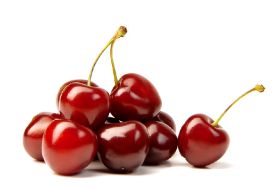 Chilean cherry exporters are ramping up promotions in China this year ahead of the new season as an anticipated 15-20 per cent jump in production heralds another record rise in shipments.

“While a number of factors could still affect the final volume, we expect to have between 15 and 20 per cent more cherries this season,” said Cristián Tagle, chairman of the Chilean Cherry Commission. “Our main challenge is to ensure that the fruit reaches its destination with the quality required by each market.”

Tagle noted that last season was marred by poor quality arrivals which although sporadic, tarnished the image of the industry and dented customers’ confidence in Chile. “We know we’ve got a good product, but it needs to arrive in the right condition and that is a job for each and every producer and exporter,” he said.

Asia is the main destination for Chilean cherries, with eight out of every ten cherries exported now consumed in China. Ronald Bown, president of exporter association Asoex, noted that a key goal this coming season is to find new markets. He pointed out that negotiations with South Korea were at an advanced stage, with a team of inspectors due to visit production sites in Chile in the coming weeks and the phytosanitary protocol expected to be in place shortly.

With so much invested in the Chinese it is vital for the industry to get its consumer messaging right, Asoex said.

Once again, a two-pronged marketing campaign is planned for both cherries and blueberries. As well as targeting importers and distributors via a series of specially organised workshops, a consumer campaign to build brand awareness through online promotions and point-of-sale activities in tier-1 and tier-2 cities.

In a detailed analysis of last year’s campaign, presented during a workshop held under the auspices of this year’s Asia Fruit Logistica, Asoex’s China representative Han Liu revealed that sales in tier-2 and tier-3 cities increased at a faster rate as a result of promotions than they did in tier-1 cities.

“There is huge potential to boost sales in these cities as consumers have more disposable income available because their living costs are so much lower than inhabitants of tier-1 cities,” Liu said.

She noted that the rise of e-commerce is helping to drive sales in regional cities where access to large supermarkets and specialist stores is limited as it gives consumers more options when purchasing fruit.

As well as repeating the main elements of the 2014/15 campaign which included workshops, online promotions on TMall and JD.com, social media initiatives, in-store activities and the Winter Love Gift Lucky Draw, the marketing plan for the forthcoming season features a number of new components.

Elsewhere, Tagle said the industry is also planning a marketing campaign in Brazil and the US during December and January.

Bing is the leading export variety, accounting for almost half the export crop. Lapins, Santina, Sweet Heart and Regina are some of the other varieties exported.