Guayaquil known to have sustained damage to infrastructure in the tremor 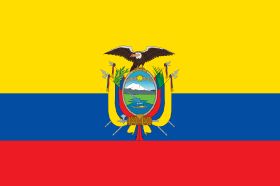 At least 246 people have died and many thousands injured by a powerful earthquake struck Ecuador on Saturday.

The magnitude 7.8 earthquake, whose epicentre was near the northern town of Muisne, caused widespread damage to infrastructure across large swathes of the country.

Officials said Sunday’s earthquake was the worst in Ecuador since 1979, when 600 people died and 20,000 were injured.

President Rafael Correa, who cut short a visit to Italy to visit the affected area, called a state of emergency in the aftermath of the disaster. “Roads and hospitals can be rebuilt; you cannot recover lost lives. That’ what hurts the most,” the president said. “This is a very painful test. I ask the country to be calm and united... let’s be strong: we will overcome this.”

Tumbling oil prices and the strengthening dollar have hit Ecuador’s economy hard in recent months. The banana industry suffered one of its worst years in history in 2015. However, it has rallied since the start of the year after production issues in Colombia and Costa Rica caused by El Niño and severe drought in the Philippines caused a worldwide shortage of the yellow fruit.