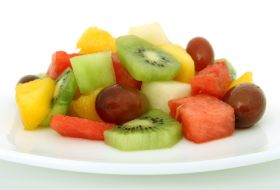 Fresh produce group Total Produce is planning to set up a new joint venture in the Nordic markets to sell a range of fresh convenience products, Eurofruit has learned.

The company, which is called Vezet Convenience Nordic, will be established as a 50:50 partnership between Total Produce Nordic and Dutch manufacturer and supplier G Kramer & Zonen.

It will begin operating once the necessary regulatory approval has been acquired from the Netherlands-based Authority for Consumers & Markets.

According to a document submitted to the authority, Vezet Convenience Nordic will be engaged in the production, marketing and distribution of fresh-cut fruit, prepared vegetables, fresh pizzas, salads and other meal ingredients in Denmark, Finland, Norway and Sweden.

The Irish group has operations in both Denmark and Sweden, where it owns Copenhagen-based import-export company Lembcke as well as Helsingborg-based wholesaler Interbanan Scandinavia and distributor Everfresh.

Everfresh and the Swedish division of another trading subsidiary, Interbanan, are part of the holding company Nordic Fruit Holding.

Total Produce Nordic, meanwhile, is the holding company for the group’s principal Danish trading subsidiaries, Lembcke and the Danish arm of Interbanan.

Kramer, meanwhile, already runs a company called Vezet in the Netherlands. Established in 1914 and with its origins in the sauerkraut trade, Vezet has evolved into a key supplier of fresh convenience products to customers including retail chain Albert Heijn.