Tesco says no to refill containers for food 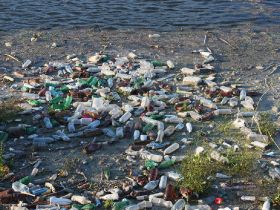 Tesco has banned a man from using his own plastic containers to buy produce from a deli counter stating that it’s "against company policy".

Graeme Corry told the BBC he was inspired to act after watching the recent Blue Planet II series, which highlighted the widespread damage to wildlife and environments from plastic pollution.

He told the BBC: "Rather than relying on other people to deal with my plastic waste, I thought that taking my own container when I was buying fresh meat or cheese would be a good way to go about that.”

"Usually at the deli they will wrap it in plastic and then put it in a plastic bag, which then ends up in the bin and who knows after that, choking some whale in the ocean."

Corry told the BBC that staff at his local store in Edinburgh were initially sympathetic, but when he returned a few days later he was told using his own containers was against company policy.

In a statement, Tesco told the BBC that it was an issue of hygiene. "We need to balance our responsibility to sell food in a safe and hygienic way with the feedback we receive from our customers,” the retailer said.

"As part of our ongoing work to reduce the amount of packaging we use, we are actively looking to provide customers with an alternative helpful way of taking food home from our counters."

"If Tesco is not going to allow me to use my own tubs then I'll just find a store that will,” Corry told BBC.

In drinks, the campaign against plastic has gained momentum in recent days with the news of a new 'water refill network' that will guide consumers to where they can refill their own bottles, and avoid buying more plastic.

Tesco has committed to making all of its packaging fully recyclable or compostable by 2025.