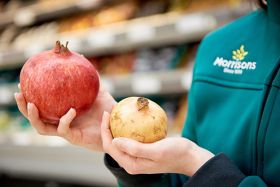 Morrisons has become the latest Big Four retailer to face an equal pay claim that could cost the company £100 million in compensation payouts.

According to The Independent, hundreds of claimants are preparing to launch a legal claim for being paid less than colleagues for work of “equal value”.

The claim mainly relates to women being paid less than their male counterparts in distribution centres, warehouses and stores.

The claimants, many of whom are customer assistants according to Retail Gazette, believe they have been underpaid by almost £2 per hour and could be owed thousands of pounds each in back pay.

Roscoe Reid, the law firm bringing the claim, estimates that up to 25,000 employees could be entitled to compensation.

Both current employees and those who have left the company within the last six years could be eligible, according to the legal firm.

A spokesperson for Morrisons said: “We haven’t received a legal claim on this matter. Our aim is to pay our colleagues fairly and equally for the job that they do, irrespective of their gender.”

Legal proceedings could begin in the next few months, according to Roscoe Reid, which is working with workers’ rights group Pay Justice.

The employment tribunal will appoint an independent expert to decide whether the work in question is of equal value, taking into account factors such as customer-facing duties and physical activity.

Last month, Tesco also came under fire for its payment structure, with law firm Leigh Day announcing it was preparing to launch a similar claim against the supermarket.

Leigh Day said the equal pay claim could amount to £4 billion since more than 200,000 Tesco workers are alleged to have been underpaid by as much as £20,000.

Meanwhile, Asda and Sainsbury’s are both facing similar legal challenges.