A sustained period of drought this summer has resulted in sharp declines in EU vegetable yields, leading to smaller, less regular deliveries to processors 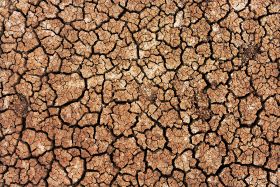 Recent prolonged drought conditions in Europe pose the biggest threat to the EU vegetable sector in 40 years, according to the European Association of Fruit and Vegetable Processors (Profel).

“With the hot and dry weather continuing throughout July across most parts of the continent, vegetables have continued to suffer and crop yields have fallen sharply,” the association stated. “Today the situation for vegetable growers and processors is the most serious that has been experienced in the last 40 years.”

It revealed that France, Belgium, the Netherlands, Germany, the UK, Hungary and Poland had been the hardest hit, according to Euractiv, with the frozen and canned vegetable sector affected the hardest.

Due to losses in the field, deliveries of vegetables to processing facilities had apparently been smaller and less regular, resulting in higher production costs.

“In certain production regions in the south of Europe, the first harvest of beans has also been affected by heavy storms (floods and hail),” Profel stated. “For onions, losses are reported at between 15 and 50 per cent; courgettes and spinach are also affected. In many regions the sowing of second crops, spinach, beans or cauliflower, is simply not possible due to the drought.”

In response, the European Commission revealed plans to assist affected member states by offering direct and rural development payments in advance and by foregoing greening requirements.

However, environmental campaign group Greenpeace criticised this last move, highlighting the ever-greater need to back sustainable initiatives in the face of climate change.

“As long as governments and the EU refuse to back sustainable farming methods that don’t exacerbate climate change and are more resilient to its effects, this crisis will be the new normal,” the organisation warned.