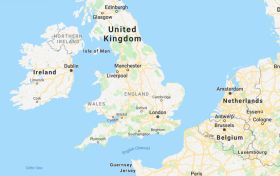 After a large majority of parliamentarians in the British House of Commons voted against Theresa May's Withdrawal Agreement on Brexit last night, the prospect of 'no deal' or so-called hard Brexit is even closer despite more than two years of negotiations, according to the Dutch fresh produce organisation the Fresh Produce Centre.

If no agreement is reached, the UK will be granted third country status for all remaining EU countries, with possible consequences in terms of inspections, border controls, documents, plant health policy, food safety and quality.

"We deeply regret this development," reacted director Gert Mulder. "It is important that the food supply to UK consumers can be maintained at its current level.

"As representatives of the fruit and vegetable companies, we urge the parties concerned here in the Netherlands and the UK to look in particular for practical solutions so that entrepreneurs and consumers do not become victims of political choices."

However, he said the UK's third country status should not pose major problems for Dutch fruit and vegetable companies for the necessary exchange of documents in the event of a hard brexit.

"Many companies are already doing business with third countries and are therefore well prepared," says Mulder. "But the consequences of a hard Brexit in terms of logistics processes and possible delays at the border are unpredictable. Companies cannot prepare for this."

The association is currently in talks with the Dutch embassy in London and with the British sectoral organisation Fresh Produce Consortium to plan for each eventuality.