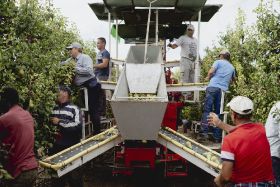 Catalan fruit association Afrucat is calling for urgent action to tackle the shortage of workers that threatens to derail the new summer fruit campaign.

Between 35,000 and 40,000 additional workers will be needed in the coming weeks as work begins on thinning and harvesting of different types of fruit across Catalonia, such as stonefruit and topfruit.

Growers in the earliest production areas, around Tarragona, are due to begin the task of clearing trees at the beginning of April, with the cherry harvest period getting underway in the second half of next month.

These jobs are normally undertaken by immigrant workers coming from countries like Morocco, Algeria, Colombia and eastern Europe, but border closures have made it increasingly difficult for them to enter Spain.

Among the options being proposed by Afrucat are: a temporary legalisation of illegal immigrants so that they can be recruited by producers, and a campaign to recruit Spanish workers who are currently unemployed.
However, since previous campaigns of this nature have been unsuccessful, Afrucat believes the former option will be required.

Afrucat said in other earlier-producing areas of Spain, notably in the south, the lack of specialised labour has already led many packhouses to ask producers to leave part of the crop in the field.

Meanwhile, Manel Simon, Afrucat’s general director, welcomed a recent government announcement that it would ease restrictions of movement on some workers, by allowing more than one person to travel in vehicles at the same time.

He also urged the administration to do more to ensure a continuous supply of masks, gloves and alcoholic hand sanitiser to packhouse personnel in order to protect them from the disease.