Tens of thousands of extra workers are needed to harvest the crop, says Fepex 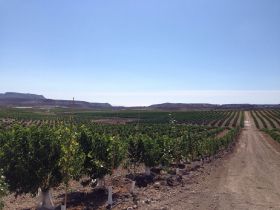 Spain is facing a serious labour shortage as a consequence of the coronavirus pandemic that threatens to derail the 2020 stonefruit campaign.

Together with regional fruit associations, Fepex has mapped out the needs of the sector for the coming months as harvesting begins in different parts of the country.

An additional 29,000 workers are needed for the onion and garlic season between April and August, Fepex added.

“This forecast takes into account the different production calendars,” the association said. “Andalusia has already begun harvesting small volumes of stonefruit, while Murcia will come on stream at the beginning of May, and in communities like Aragón and Catalonia thinning tasks are carried out in April and May and the bulk of harvesting takes place from June onwards.”

Acknowledging the seriousness of the problem facing the sector, Agriculture Minister Luis Planas announced on Wednesday that the government is studying a series of measures that it would announce in the coming days. Looking at ways to recruit more local labour is believed to be one solution being considered.

Planas also recognised the challenges faced by other parts of Spain’s horticultural sector in the wake of the coronavirus outbreak, not least the strawberry sector which has seen demand drop by 50 per cent according to Freshuelva.