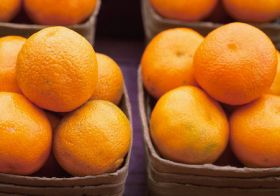 Hopes for protecting British food standards during Brexit negotiations are high, after Trade Secretary Liz Truss agreed to the creation of a Trade and Agriculture Commission.

Creating the Commission has been a major NFU lobbying point for some time, as fears grew that the UK would be forced to loosen its food standards as part of the new post-Brexit trade deals, undercutting domestic businesses.

Bloomberg described the Commission’s establishment as a “blow” to US trade deal hopes, with American agriculture looking to regain a greater presence in the UK market.

US citrus exports to the UK for example, have declined considerably in the 21st century as EU residue limits and other regulations have made Britain a harder market to access.

The announcement does not guarantee British agriculture interests however, with Truss reiterating the Commission would be “advisory only”, leaving the door open to government ignoring its proposals.

NFU President Minette Batters said she was “very pleased” by the decision, but warned that government would need to “properly consider” the Commission’s recommendations for it to have value.

“I am very pleased that the government is taking concrete action to address the challenges of safeguarding our high food and farming standards by agreeing to set up a Trade and Agriculture Commission, something we first called for over 18 months ago. This is a hugely important development,” Batters said.

“We look forward to working with government and other stakeholders in the days ahead on the Commission’s terms of reference, to ensure that its work is genuinely valuable. In particular, it will be vital that Parliament is able to properly consider the Commission’s recommendations and can ensure government implements them effectively.

“The NFU will continue to scrutinise the progress of trade negotiations with the USA and other countries over the coming months outside of the work of the Commission so that our future trade deals work for British farmers and consumers, and believe it is vital that Parliament is provided a strengthened role in this regard as well.”

In an email to Minette Batters, trade secretary Liz Truss said the Commission will focus on four areas:

1.     Considering the policies that the government should adopt in free trade agreements to ensure UK farmers to not face unfair competition and that their high animal welfare and production standards are not undermined

2.    Reflecting consumer interests and those of developing countries

3.    Considering how the UK engages the WTO to build a coalition that helps advance higher animal welfare standards across the world

4.     Developing trade policy that identifies and opens up new export opportunities for the UK agriculture industry – in particular for small and medium sized businesses – and that benefits the UK economy as a whole

In the email Truss wrote: “I wholeheartedly agree that any trade deal the UK strikes must be fair and reciprocal to farmers and must not compromise our high standards of food safety and animal welfare.

“I am pleased therefore on behalf of the government to agree in principle to the establishment of a Trade and Agriculture Commission under Department for International Trade auspices, subject to agreement on terms of reference.

I support your recommendation that the Commission is not another quango or regulator, and that it is strictly time-limited. I propose that once the commission has finished its work, it produces a report in line with its terms of reference that will be presented to Parliament by my department. Its recommendation should be advisory only.”