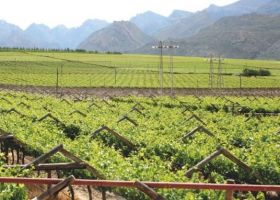 Industry organisation SATI has said that it is keeping its forecast at between 67.2m cartons and 70.9m carton for the time being.

Seasoned growers in the Hex River region have said that it is turning out to be a most difficult season, with producers having to apply great discipline to completing their harvests.

Early rains in the Orange River caused problems with arrivals and the recent rains in the Hex River may result in an early end to the campaign.

Due to huge volumes being packed during the last week of February and first two weeks of March, the Hex River brought its volume for the season to 18m cartons. The prediction for the Hex River remains between 20.6m and 23m cartons – but it is not certain whether this will be achieved.

So far, South African growers have packed 67m cartons of grapes. Of this just over 59m cartons have been shipped, with around 8m cartons still waiting to be distributed.

The European Union has received around 4.5m cartons more this year than last season. The other major market, the UK, has picked up around 1m fewer cartons.

All other markets have imported more or less the same as last year, apart from Canada, a fast growing market for South African grapes in recent years.

It was clear from the beginning that in year affected by Covid-19, shipping opportunities to some markets would be limited, and this seems to have been the case in Canada. More than 60 per cent of the crop shipped so far has been red seedless.

Indeed, Hex River Valley growers have predicted that there could be a shortage of red seedless grapes in major markets over the next month. The Egyptian season is only due to start in late April or early May.

For the rest of the season there is a question over what the final shipment figures will be. Coldstores are still under pressure with the shortage of containers remaining a problem.