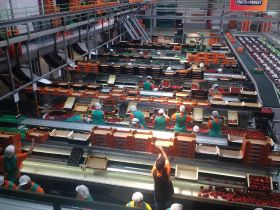 Catalonia’s peach and nectarine crop will be 34 per cent lower than the five-year average according to the latest estimates released today by Afrucat.

Overall, output is expected to be down by 11 per cent compared to last year at 306,610 tonnes. But it’s worth noting that 2020 was a year of low production, having seen a decrease of 33 per cent compared with 2019.

By area, Lleida and Tarragona anticipate the biggest falls in production due to poor weather and grubbing. Harvesting here is running four to seven days behind normal.

Afrucat said the rate of new plantings has slowed down dramatically in Catalonia. This, combined with uprooting of old orchards, has reduced region’s productive acreage.