Two-thirds of consumers worry about waste

Exclusive survey for FPJ Live lifts the lid on shopper attitudes to food waste, supermarkets, GM and much more 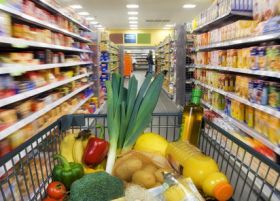 Two-thirds of shoppers are concerned about fresh produce waste – but they appear to be underestimating the scale of the problem.

Exclusive new research by England Marketing, to be revealed at FPJ Live in Solihull on 30 April, indicates that some 66 per cent of consumers are worried about the level of fresh produce that is thrown away either in the home or by supermarkets. Only 25 per cent said they were unconcerned.

Food waste has shot to the top of the agenda after Tesco revealed last October that a quarter of all the grapes it sells and as much as 40 per cent of apples are thrown away.

And England Marketing’s research, which covered a large representative sample of consumers and different age groups across the country, suggests shoppers may be underestimating how much is wasted. Asked to estimate how much fresh produce they throw away, 21 per cent said none, 28 per cent said 10 per cent and 15 per cent throw away a fifth.

A further fifth believe they waste half or more of all the fresh produce they buy.

Respondents were also asked what they thought should be done with wasted fresh produce. Comments included: ‘Put it into compost bins or in the green bin’; ‘Feed it to animals’; ‘People need to be less neurotic about sell-by/eat-by dates’; ‘It should be used for compost or for gardening’; ‘Give it to food banks’; and ‘Send it to homeless people.’

Jan England, managing director of England Marketing, said the results showed consumers should “eat with their eyes more” rather than fretting over use-by dates on pack. “There is a lot of confusion over sell-by and use-by dates,” she explained.

“People are perceiving produce to have gone bad when it hasn’t and that is leading to higher amounts of waste. And they may be underestimating how much they are wasting.” The food waste results form just one area covered by one of the most extensive pieces of consumer research in the fresh produce category in recent years. The survey also asked shoppers about their attitudes to individual supermarkets, price promotions, migrant labour, packaging, GM and much more.

The findings will be presented at FPJ Live. Visit www.fpjconferences.com to secure your place.