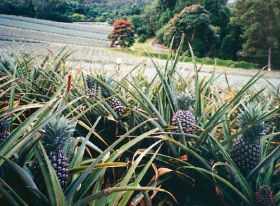 Growcom’s warning comes after the Australian government recommended fresh de-crowned pineapples from all areas of Malaysia be granted market access.

And in its draft import risk assessment (IRA) released on October 9, Biosecurity Australia suggested no quarantine protocols to guard against this new disease, Growcom said in a statement.

Rachel Mackenzie, Growcom chief advocate, said the industry was greatly concerned that fruit collapse, which causes pineapple crop losses of up to 60 per cent in Malaysia, was not considered a high risk to the Queensland industry.

“The draft IRA does concede that there is a possibility that some Malaysian pineapples will bring this disease into Australia, but argues that once it is here it is unlikely to spread,” Ms Mackenzie said. "This argument seems to be based on a number of flawed assumptions."

As well as the issue of fruit collapse, Growcom is concerned that the Malaysian pineapple industry continues to use chemicals, such as fungicide benomyl, that are not registered in Australia due their associated health risks.

Growcom is also unhappy with Biosecurity Australia’s recommendation to use methyl-bromide on Malaysian imports to destroy potential pests. According to the group, methyl-bromide is being phased out in Australia and has a negative impact on fruit quality.

The bottom line, according to Growcom, is that Malaysian pineapple imports into Australia are unnecessary.

“There is no need to import pineapples as Australia grows more than enough fresh pineapples to meet the demands of the market,” Growcom said in its statement.

Growcom said it is working with leading pineapple scientific experts to identify key areas of concern, which it will then raise with Biosecurity Australia.