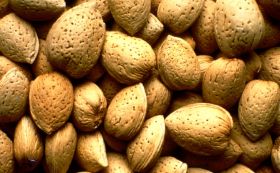 Australia’s horticultural industry will grow 4.5 per cent this year, driven largely by rapid growth in the almond industry within the last two years, according to a report by the Australian Bureau of Agricultural and Resource Economics and Sciences (ABARES).

Both fruit and vegetable production decreased in 2013/14 by 3 per cent and 2 per cent respectively, due largely to a decrease in potato, tomato, apple, avocado and mango production last season.

This was offset, however, by a 54 per cent increase in tree nut production, reaching a value of A$684.3m (US$606.6m), with almonds and macadamias accounting for 94 per cent of the total value.

"The industry us expecting a record tonnage of between 75,000 and 80,000 tonnes next year," Ross Skinner of the Almond Board of Australia told Weekly Times Now, adding the Californian drought has driven up global almond prices. "The industry marketers report that the 2014 crop is already mostly sold at very good prices and if the current potential for a large crop in 2015 is realised, the value of the industry at the farmgate should exceed A$700m."

Potatoes are still number one in terms of Australia’s vegetable production, though only around 1 per cent is exported, according to ABARES.

Vegetable exports are forecast to grow 2 per cent in the 2014/15 season, with New Zealand, Japan, Singapore and the United Arab Emirates dominating Australia’s export markets. Increased competition from China, however, is weakening demand for Australian vegetables and has resulted in a decrease in Australian vegetable exports to Asia, offset by a rapid increase in exports to the Middle East, according to the report.