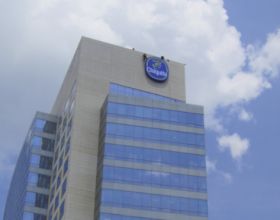 Chiquita Brands International has revealed the costs associated with its recently announced decision to move its operations away from its current base in Charlotte.

On 14 January the company, which has been acquired by a Brazilian operation consisting of The Cutrale and Safra Groups, said that all of Chiquita's operational departments and remaining corporate services would be transitioned away from Charlotte in North Carolina to other locations closer to customers and operations – a move taking between 12-18 months.

In a Securities and Exchange Commission (SEC) form, Chiquita said that the overall cost of moving is anticipated to be in the US$25m-US$40m range, primarily related to employee severance and relocation, the liability associated with the sub-letting or exit of the company's corporate headquarters office space in Charlotte, non-cash write off of leasehold improvements and office equipment of approximately US$10m-US$12m, and the repayment of all US$3m of relocation incentives linked to the group's 2012 move to Charlotte.

Meanwhile, the restructuring of the management of Chiquita in the wake of the Brazilian takeover continues, with Safra's Darcilo Santos named as the group's new CFO, and former Dole Food Company Europe chief operating officer Andrew Biles coming in as CEO of Chiquita's banana and pineapples division.