Dole CEO David Murdock's US$1.2bn buyout in 2013 undervalued the company by 17 per cent, a judge has ruled 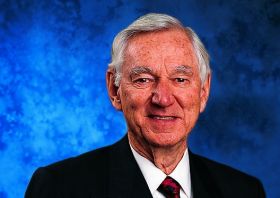 Delaware judge vice-chancellor Travis Laster ruled that Murdock's US$1.2bn management buyout undervalued the company by 17 per cent, allowing Murdock to pay US$13.50 per share as opposed to the actual value of US$16.24 per share that Dole was worth at the time.

Shareholders had accused Murdock, who already owned 40 per cent of the group, and Carter, of depressing the stock price by downplaying the company's ability to boost profit by cutting costs and buying farms, as well as cancelling a stock buyback, Reuters reported.

In his decision, judge Laster said that Carter was the main man behind the scheme, calling him Murdock's "right-hand man" and saying Carter "actually engaged" in fraud.