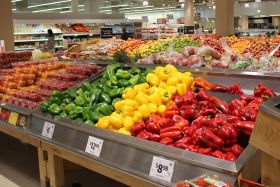 Around 20 per cent of the Bowen Gumlu region’s seedlings had been planted for the winter vegetable season before the cyclone hit, which supplies Australia with tomatoes, capsicums, eggplants and more, from May to November.

The initial estimates were supplied by the Bowen Gumlu Growers Association (BGGA) and the Queensland Department of Agriculture and Fisheries, which began touring the damaged areas on Thursday 29 March.

BGGA industry development officer Cherry Emerick said growers were still assessing the damage done to sheds, plantings and flooded paddocks, as well as machinery, with some growers still unable to be contacted since the cyclone hit on Wednesday, 29 March.

“All our growers had one thing in common – a long road ahead of them to recover their equipment and infrastructure, to prepare the paddocks again and source new seedlings, and that can’t happen overnight,” Emerick said.

“Consumers won’t feel the immediate supply and price effects until at least May when the first of the crops would have been due to hit the local fruit shop shelves.”

Emerick said the grower were now working to their farms back to normality as soon as possible.