Korea to export pear to Australia 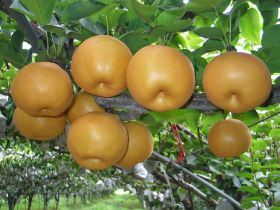 The regions of Sangju, Hadong, and Naju will now have access to export pears to the island nation of Australia.

Korean ministers have held talks with Australian ministers each year since 2015 in order to restore access, which was revoked following detection of fire blight.

The new agreement means fruit can only be shipped from the three aforementioned regions, which are well known for producing quality fruit, according to Yonhap News Agency. For exports to continue seamlessly, Seoul must prove these areas are free from the outbreak of fire blight.

If it were to spread to Australian soil, the disease has the potential to do vast damage as it can devastate an entire orchard in just a single growing season.

South Korea’s agricultural ministry said it will work also closely with local growers to ensure there are no future outbreaks of fire blight.