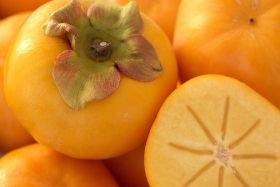 Ian Turk, manager of the New Zealand Persimmon Industry Council said the nation’s main export market for persimmons is expected to change. Currently, neighbouring Australia takes a majority of the volume of New Zealand-grown persimmons, however, with strong reliance on a pre-clearance inspection programme that’s about to move off-shore (from on the ground in New Zealand to Australia on arrival), Turk suspects supply will shift to other established markets.

In 2017 China opened to New Zealand persimmons and in 2018, the US. “[These] are new markets that we hope to see grow, but are still relatively low volume as they develop,” said Turk.

“Some of the new production has been aimed specifically at export to the new markets and we expect volumes to US and China to have developed by the time these new plantings come on stream with decent volume.”

Turk tells Fruitnet that because the fruit prefers a subtropical climate, the number of ideal production zones for best taste are somewhat limited in New Zealand. Producing to a minimum standard is crucial for certain export markets, who are sensitive when it comes to quality and safety.

“We are finding that compliance around meeting importing countries phytosanitary requirements is becoming an increasingly important component of growing persimmons for export," noted Turk.

“We continue to develop systems to help growers and packhouses to meet these compliance requirements as efficiently as possible. Longer term, the Persimmon Industry Council has identified some areas for renegotiation once we have a track record with the importing countries, and they can have confidence in our compliance.”

This article originally appeared in the Autumn edition of Produce Plus Magazine.