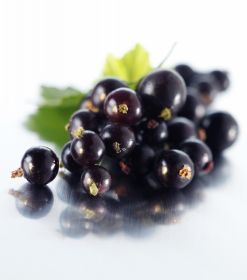 According to a study by scientists at New Zealand-based Plant & Food Research, the country’s anthocyanin-rich blackcurrants provide more than one-off benefits for exercise recovery.

Roger Hurst, Principal Scientist of Plant & Food Research and science leader of the study, said this new study showed the long-term effects of eating the berry.

“We wanted to know if the benefits associated with a single intake were sustained over time with repeated intake,” said Hurst.

In this study, the scientists looked at whether daily consumption of anthocyanins from New Zealand blackcurrants one hour prior to exercise over an extended period (five weeks) had diminished efficacy (due to desensitisation), compared to a single intake.

This data builds upon the growing evidence suggesting that the New Zealand blackcurrant extract primes the body, allowing for exercise to switch on antioxidant, inflammatory defences and adaptation.

“This study is one of several we are finalising and hoping to publish revealing the benefits of New Zealand blackcurrant consumption for supporting exercise and an active lifestyle,” said Hurst.