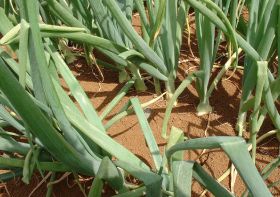 Indonesia has officially re-opened its doors to New Zealand-grown onions, in a move that many New Zealand onion producers are rightly celebrating.

Onions are the main horticulture crop exported to Indonesia and returned NZ$28m to regional New Zealand in 2019.

The re-opening of Indonesia as an export market comes after months of negotiations and the clarification of new import rules, according to Onions New Zealand chief executive, James Kuperus.

“With the support of key figures such as Indonesia’s director general of horticulture, Prihasto Setyanto, and the Indonesian Ambassador to New Zealand, Tantowi Yahya, the regulations have been clarified and exports have resumed,” said Kuperus.

Trade between Indonesia and New Zealand is equal, with exports/imports worth NZ$1.1bn to each economy.

“The strategy is to grow the Indonesian market, along with other markets across the world.  We’re pretty confident that long-term, international demand for New Zealand onions will grow,” said Apatu.

“We were pretty nervous that there might be some international supply chain disruptions as a result of Covid-19, but reports are that things are currently going pretty well.

“On a global basis, demand for onions is high and we’ve seen export markets making decisions to secure supplies, long-term,” he added.