Asiafruit Congress: markets on the rise 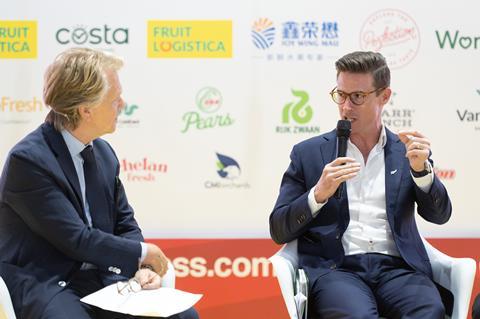 China has been the standout market in Asia for imported fruits over the past two decades, growing to account for a significant share of sales for key global suppliers.

The pandemic has nevertheless highlighted the risk of becoming too reliant on any one market, and it’s underlined the need for suppliers to diversify their presence in Asia.

Developing an on-the-ground presence in South-East Asian markets has been key to getting closer to customers for companies like T&G and Fresh-Fruit X. White outlined how T&G had become an “importer of record” in certain markets like Thailand and Vietnam, establishing its own facilities for managing fruit, and building operations, sales and marketing teams.

Vottero, who established Fruit-X 13 years ago with a focus on providing transparency for growers shipping to South-East Asia, explained how “a local approach” and “being close to retailers” had underpinned the company’s success. And he highlighted the benefits of the company’s recent merger with AM Fresh to form Fresh Fruit-X.

“The innovation part is massive for us with the genetics that AM Fresh has – being able to supply new varieties to excite consumers in Asia,” said Vottero. “Consumers in Asia are the most discerning when it comes to fresh produce. They know a lot, and they appreciate the taste and texture more than consumers in other parts of the world.”

Vietnam has boomed as a market for imported fruits in recent years, with New Zealand and Australia enjoying particular success supplying premium produce.

“Vietnam has been a key focus for T&G,” White confirmed. “We’ve invested heavily in a very short time-period and experienced a similar level of growth to what I saw during my time at Zespri ten years ago in China. It’s really taken off on that sort of scale.”

The rapid growth of modern retail in Vietnam has been a key driver of demand for imported fruits, according to Vottero, who pointed out that 85 per cent of Fresh Fruit-X product is supplied into this channel. “The expansion of these retailers is amazing – it’s mostly coming through convenience formats, so the challenge is good distribution and changing the model here, as sometimes you need to downsize units and things like that.”

While Vietnam has a reputation as a market for premium fruits, Vottero stressed that there are opportunities for “all levels of quality”.

“It’s not just about the biggest, best-looking grapes. There is a place for every quality as there are different markets and channels,” he said. ”Yes, people are willing to pay more for the best product, but the market also needs more competitively priced products. There’s a market for that, and it’s increasing very fast.” 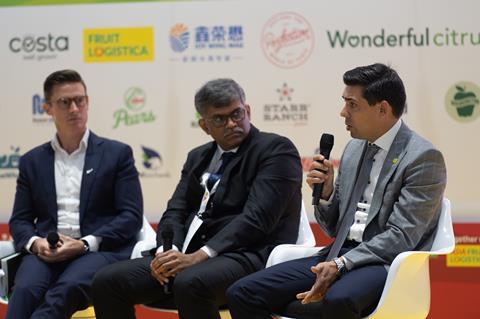 Turning to India, Jayaraman explained how WayCool Foods was building a demand-led supply chain. “This is a direct supply chain that connects growers to retailers,” he said. “We work with about 125,000 retailers across southern and western India and this large base of retailers gives us predictability of demand so we can programme supply.”

With India being such a huge country and diverse market, Jayaraman said it was important to look at India as “several markets, and not one”. And he urged suppliers not to overlook opportunities in smaller inland cities.

“Most of the sales happen in large cities or coastal towns – that’s where distribution is easier, and the aspirations are uniform. The population in tier-two towns may have lower per capita income but higher disposable income, because their expenditures are lower. The aspiration to get good quality premium products is high, but not matched by availability. That’s really what we’re trying to solve.”

Lack of cold chain integrity has long been regarded as one of the impediments to meeting such pent-up demand, and Jayaraman explained how WayCool was on a mission to re-engineer the supply chain.

“We’re not constrained by technology at all – we invent most of the technology. We’re constrained by the fact there’s not a buyer for the technology, because each step of the supply chain has a distributor or sub-distributor that’s interested in rapid rotation of the product. That’s why large integrated players need to step in, and that’s what we’re doing. We’ll be able to integrate the supply chain from the port to the small town and consequently we can maintain the cold chain.”

Despite its huge consumption potential, India has yet to take off as a market for global suppliers, but Jayaraman pointed to signs the boom was beginning to happen.

“If you look at the data, India’s fresh fruit imports doubled to more than 720,000 tonnes last year. Everyone thought it was a pandemic surge, but we’ve seen the growth continue in 2022,” he said.

Jayaraman also said the Indian government’s decision to “increase investment rather than consumption” during the pandemic has put the economy in a strong position.

“All of the investment in public infrastructure and assets improves logistics costs and reach. They also create secondary income because of the jobs they create. We see a future where continued public investment will be followed by private investment and consequently that 7-10 per cent annual growth is assured for the country.” 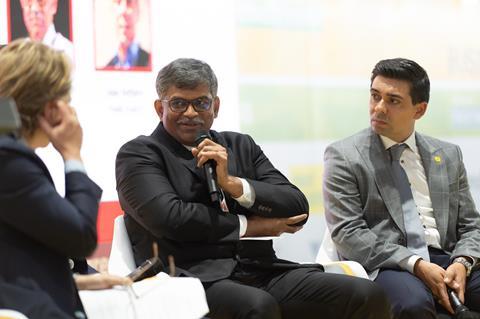 A number of countries across Asia are characterised by the strength of traditional forms of food retail, with India being a notable example. While modern supermarket retail has made in-roads in several markets across Asia, the panel discussion also highlighted the resilience and dynamism of the traditional retail trade and wholesale markets in the region.

“What we’re seeing on the ground in India is the modernisation of traditional retail itself,” said Jayaraman. “If you go into more developed parts of the country, you’ll find that most of what we call Kirana stores have switched to self-service and the product range has transformed. The quality of products is superior to chain-based modern retail companies.”

White said there were great examples of modernisation of traditional retail and wholesale channels in other markets such as China and Thailand.

“One is the success story of Pagoda in China taking over literally thousands of mom-and-pop fruit shops and moving strongly into online and an omnichannel presence,” he said. “More recently in Thailand, Vachamon has partnered with the main wholesale market Talaad Thai to bring that whole market online and make it accessible to everyone through an app on their phone.”

E-commerce has been a key “bridge” for bringing wholesale markets and traditional retailers closer to consumers and servicing their needs, White noted, and he highlighted the importance of winning trust.

“When Pagoda jumped into e-commerce, they had a thing called the three nos, where they would guarantee shoppers a full refund with no receipt, no product, and no excuse. And I think that trust from the consumer – you’re not going to get it from them in the first place, you have to kind of invest to get it.”