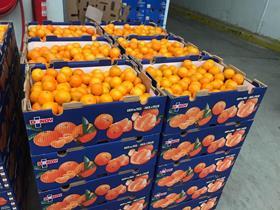 In what will prove to be a boost to Chile’s citrus producers, China’s general administration of customs (GAC) has issued the protocol on phytosanitary requirements for Chilean fresh citrus exports to China.

An export agreement between the two countries was signed in December 2019, and according to China’s customs service, the first consignment has been approved for export.

Fresh citrus, including lemons, oranges, clementine and grapefruit, grown in the key production regions of Coquimbo, Valparaíso and Metropolitana, will make up the bulk of fruit sent to China.

Jorge Valenzuela Trebilcock, chairman of the Chilean Fruit Producers Federation, Fedefruta, said while Coronavirus may tamper expectations in the short term, overall the approval for Chilean citrus exports to China is some of the best news the industry has received in recent years, as it will provide a stimulus to the producers.

Valenzuela added it’s important to keep one eye on the future.

'Now our task is to gain an in-depth understanding of China's demand for and supply of citrus, the varieties that are most popular, and the demographics that consume them,” he said.

“We must identify the advantages and windows we have in the Asian market. The health benefits of citrus will be of great significance during the epidemic.'

According to reports, Chile exported a total 336,000 tonnes of citrus in 2019, the majority of it going to the US.