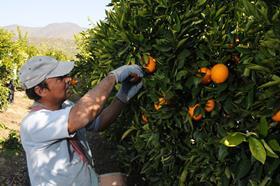 Chile and China have officially signed a protocol allowing Chilean citrus to be exported to the Asian nation.

According to a SimFRUIT report, five fruits, lemons, mandarins, clementines, oranges and grapefruits, are included in the protocol.

“This opening reaffirms the phytosanitary status of excellence that our country has, which allows Chilean products to reach the most demanding markets in the world,” Bórquez toldSimFRUIT.

“(This reaffirms) the trust of our Chinese Customs counterpart that has allowed the opening of five species of export citrus fruit at once.”

The negotiating process is reported to be one of the fastest Chile has undertaken and Ronald Bown, president of Asoex, told SimFRUIT China would quickly become a major destination for the country’s citrus.

“Weare very enthusiastic about the signing of the protocol authorizing the entry of our citrus fruits to the Chinese market,” Brown said.

“This opening will allow us to export our citrus fruits to China from next season and expand our offer of fruits to the Chinese market;a market that we estimate will become our main destination in the medium-term.”