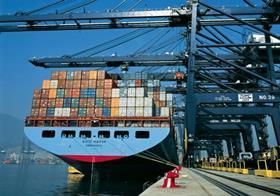 Global shipping leader Maersk Line has introduced a new service on the Asia-North Europe trade lane that it says will 'dramatically change the way shipping is done' by offering a daily cut-off at the same time every week with almost identical transportation times.

According to the group, the seven-days-a-week service means that containerised cargo will now be delivered with unprecedented frequency and reliability, with immediate shipping and no need for storage.

As part of the service, Maersk Line had promised that cargo at the other end will be available for pickup on the agreed date, even offering monetary compensation if this is not the case – a 1-3 day delay means US$100 per container, while four days or more means Maersk pays back US$300 per container.

'We set out to design a service that takes the stress out of our customers' lives, to change shipping from the weakest to the strongest link in the supply chain,' said Maersk Line CEO Eivind Kolding. 'After all, shipping is only around two per cent of our customers' total cost, and yet our unreliability has until now forced them to shape their production plans and inventory around it.'

'The lack of on-time delivery costs our customers large sums of money because it makes shipping more of an art than a science,' Kolding added. 'Companies have to make up for an unreliable supply chain; they are forced to build a buffer in their supply chains and lose income when goods are not on time.'