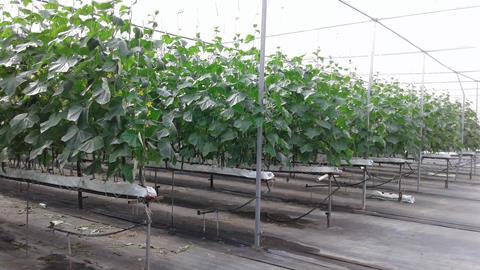 The project is backed by the Cooperative Research Centre for Northern Australia (CRCNA) and will investigate the best way to support growers wanting to set up protected cropping systems in Western Australia, the Northern Territory and Queensland.

“Setting them up can be expensive, but the benefits of being able to reliably supply high quality produce into Asia’s large consumer markets is a big incentive to take them up,” said Canavan.

Andrews spoke highly of the projects the CRCNA is currently engaged in, “There are at least 15 CRCNA projects underway which are looking at how we develop, diversify, expand and broaden agricultural pursuits across northern Australia,” said Andrews.

“With protected cropping being the fastest growing food producing sector in Australia, with a farm-gate value of around AU$1.8bn each year, it makes good sense to look at how we expand use in northern Australia,” she added.

“We want to build on that, and this project complements the work the Government is already doing to develop the north’s economic potential including funding research into water resources, building water infrastructure and building better roads,” McDonald said.

South of Darwin, Michael Quach grows cucumbers using both protected cropping and hydroponic techniques, growing the fruit directly from seed. The results, he said, are clear.