Fighting Panama TR4 from above 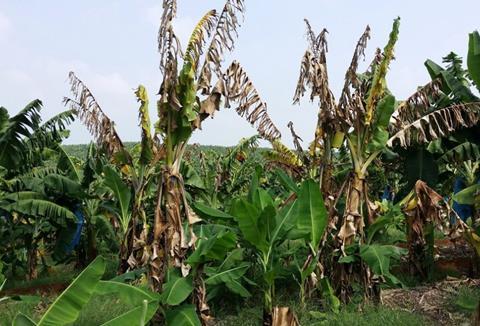 The suspected discovery of Panama disease tropical race 4 (TR4) on a banana farm in Far North Queensland earlier this year has prompted Biosecurity Queensland to look for new ways to manage the spread of the disease.

Minister for agricultural industry development and fisheries, Mark Furner, announced drones would be used to check compliance activities on farms infested with the soil-borne fungus.

“Banana plant regrowth is not permitted in a destruction zone on a farm infested with the disease,” said Furner.

If confirmed, it would be the fourth detection of the devastating disease in Australia after it was initially discovered in 2015, and the first case since 2018. The three previous detections were made on properties within close proximity to this farm.

TR4 poses a huge risk to Australia’s banana industry, which is worth an estimated A$580m annually.

According to Furner, the use of drones is particularly helpful when inspecting large areas of land or locations that are difficult to access.

“It’s important that the number of people going onto farms with Panama TR4 is minimised to reduce any risk of spreading the disease.

“Using a drone allows us to quickly map an area and take detailed photos of the destruction zone. This eliminates the need for boots on the ground.

Should a drone detect any plant regrowth in a destruction zone, Furner said Biosecurity Queensland would contact the grower and advise them to remove the plants in accordance with the strict biosecurity protocols in place.

Furner noted the importance of vigilance when aiming to contain the spread of TR4.

“It is great that the disease is still confined to just four farms within close proximity of each other after four years,” he said.

“This is largely due to the combined efforts of government, industry and research bodies working together.

“I urge growers to maintain their efforts with on-farm biosecurity as it remains the best way to protect their farms from Panama TR4.”