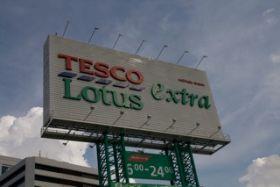 Thai hypermarket chain Tesco Lotus has opened its first 365 convenience store in Bangkok in a bid to challenge the dominance of the CP Group’s 7-Eleven chain, according to a report from the Bangkok Post.

Tesco Lotus is reportedly making an enormous investment to see a 365 store built on every street corner in the city, according to an executive from the chain’s operator Ek-Chai Distribution System.

According to the chain’s corporate affairs director Salinla Sihapan, the 365 stores will be open 24 hours a day and sell essential goods, beverages and ready-to-eat meals.

'The 365 store in Pratunam is a pilot project to test the market for six months,” she said. “We will adapt it to suit customer demand.'

CP All, which operates 7-Eleven stores, is intending to invest Bt2bn (US$60m) to add 600 outlets to the Thai market, bringing its total to more than 8,000 stores.

Convenience stores are seen as a key area for growth in the retail sector due to increasing urbanisation.