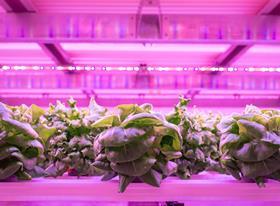 Hong Kong-based vertical and urban farming innovatorGreen Tech Farm has announced it will open a new display and sales centre in Singapore.

The Singapore site was chosen from a shortlist of five major cities and countries in Asia and the Middle East.

Green Tech Farm, which manufactures and sells leading-edge hydroponics units with advanced lighting, heating, cooling and AI-controlled robotics and control systems said that the city-state's geographical location and commitment to sustainable development made it a highly suitable choice.

'We settled on Singapore for a number of reasons, one of which was its own reputation for driving environmental sustainability,” Green Tech Farm said in a release.

“We felt that Singapore would be more inclined to embrace the principles behind what we are trying to achieve given their own efforts over the years.”

The Singapore centre will house several fully operational examples of the HydroPod, the company's shipping container-based vertical faming solution while also functioning as a support and learning hub for regional customers.

The site will also showcase a fully operational HydroFactory - Green Tech Farm’s, modular offering which can be expanded to fill any large space - and give visitors the opportunity to see the system perform its many functions on a far larger scale than that available in the smaller, self-contained HydroPods.

According to Green Tech Farm, the centre will be operational by the third quarter of 2021.