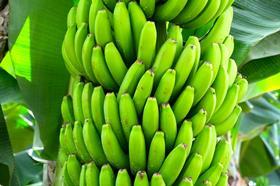 The laws recommendation has suggested the conservation of remnant and high-conservation land, compromising the potential of high value agriculture according to Growcom.

“56 hectares per year is cleared for horticulture which amounts to just 18 cars worth of emissions, but can generate around $2 million for the Queensland economy,” said Growcom chair, Les Williams.

According to the bill’s policy objectives, which are to amend the Vegetation Management Act (1999) and reinstate responsible clearing laws, “the [government’s 2017 election] commitments were made as part of a broader drive to end broad scale tree clearing in Queensland and enhance protections for vegetation with significant environmental value, including native vegetation and maturing regrowth; habitat for near threatened species; and riparian vegetation across all Great Barrier Reef catchments.”

Williams is unhappy with the decision, which he believes was made fait accompli.

“We are disappointed because there seems to be no interest in protecting good quality agricultural land for food production which we are losing at an alarming rate of 5700 hectares per year,” he argues.

“Governments are focusing on increasing our export opportunities, but this effort is wasted if we continue to lose production areas.”