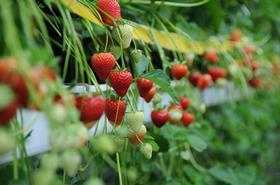 Japanese growers are registering more new varieties of fruits and vegetables than ever before in an attempt to secure premium prices.

According to a report fromThe Nikkei Asian Review, 28,653 varieties of fruits, vegetables and other crops had been registered with the Japanese government as of the end of September 2021, nearly three times the number of registrations in 1994.

Registrants gain a monopoly over the new variety in Japan for 25 to 30 years in exchange for payments to the government.

This trend has also been powered by local governments and agricultural cooperatives. They have invested in the development of more resilient produce with improved size, taste and other characteristics; often with the aim of creating products that will become iconic for the region.

In Hokkaido, 17 new varieties of melon have been registered. These include powdery mildew resistant varieties and Okurihime, known for its firm flesh and delicate sweetness.

Popular varieties can also provide a major boost to production regions. Strawberry variety Tochigi i27, marketed as Sky Berry, was registered in 2014 and passed ¥1.5bn in sales in 2021. The variety has been the driver of increased output in Tochigi prefecture and prompted an increase in registrations as the region's growers search for the next big hit.

Success does come with its challenges as seen with one of Japan’s most popular table grape varieties, Shine Muscat. The grapes leaked outside of Japan and Japanese growers face competition from production in Korea and Japan.

This has prompted the Japanese government to improve protection fom locally developed varieties, both domestically and internationally.