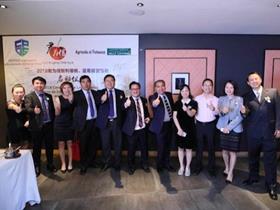 Under the agreement, Shenzhen-based importer Kingship will make a sizeable investment in the Chilean fruit sector, including purchasing state-of-the-art Unitec packing lines to be used in Chile.

Working with its grower and packer partners in the country, the company believes it can launch its own brand of Chilean cherries and blueberries as early as October this year.

Kingship plans to not only sell these premium products in China, but also in Japan, South Korea and the US, albeit in small volume.

As the trade relationship continues to strengthen between China and Chile, the fresh fruit sectors in the two countries are working more closely together than ever before. Last May, a MoU was signed between Chile’s Asoex and China‘s Association for the Promotion of the Quality and Safety of China's Consumer Products (CPQS) in Beijing.

'This agreement will strengthen the friendship and cooperation between the Chilean and China’s fruit sectors. This will be achieved through the exchange of experiences in areas associated with the production, export, promotion, quality and safety of the products, and by intensifying the commercial contacts between the entrepreneurs of both countries,' said Ronald Bown, Asoex president at the agreement-signing event last year.

Kingship was one of the companies involved in the agreement and has since teamed up with CPQS and founded Exporting Produce & Food Quality Safety Brand Alliance (PPFC), a new alliance aimed at ensuring the safety and quality of Chinese food and fresh produce.