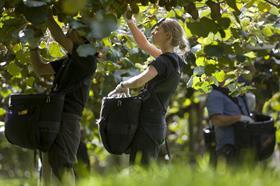 The New Zealand Ministry of Social Development’s (MSD) declaration of a seasonal labour shortage in the Bay of Plenty has been welcomed by representative body New Zealand Kiwifruit Growers Incorporated (NZKGI).

The declaration, which initially covers the period 15 April–27 May 2019, paves the way for overseas visitors to apply to vary the conditions of their visas in order to work in the region’s kiwifruitindustry.

NZKGI estimated a current shortfall of over 1,400 vacancies in the Bay of Plenty’s kiwifruit sector. With 90 per cent of this season’s total kiwifruit crop yet to be picked, NZKGI said this number could swell to 3,800 around mid-April. There was a shortfall of 1,200 vacancies at the peak of harvest in 2018.

“It is vital to our industry that there is enough seasonal labour for harvest, and we currently don’t have enough people to pick and pack the intended crop,” said NZKGI CEO Nikki Johnson. “So it is entirely prudent and good risk management for MSD to take this step in support of our campaign.

“We would encourage people – kiwis and visitors - to come and enjoy working in an industry that exports an iconic piece of kiwiana overseas.”

Johnson said the industry was having robust discussions with the federal government around increasing the number of workers available under the country’s Recognised Seasonal Employer (RSE)scheme, as well as other avenues to meet demand during harvest.

NZKGI recently secured co-funding and employed a labour coordinator to connect employers with workers over harvest and analyse current and future labour demands of the kiwifruit industry, and will use this information to deal with industry growth projections.

A University of Waikato report forecasts the kiwifruit industry’s contribution to the Bay of Plenty’s GDP will increase 135 per cent by 2030 to NZ$2.04bn, requiring the creation of 14,329 new jobs.