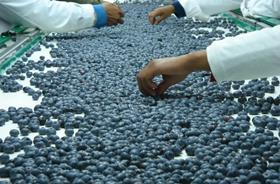 “They sought to obtain a competitive advantage by not paying royalties and circumventing marketing restrictions associated with the variety,with the specific intention of profiting from Mountain Blue’s intellectual property,” said Mountain Blue managing director, Andrew Bell.