Marketed as Driscoll’s Sweetest Batch, the premium variety was commercialised in the UK 2017 and is known for its quality and sweeter, stronger flavour. Internationally, it is sold as a premium variety in Europe, the Middle East, Canada and China.

“The Zara variety of strawberry has been in production at our East Devonport strawberry farm as an on-farm commercial trial since the start of our berry season,” said Folder.

“Production of the Zara strawberry represents an exciting opportunity for Tasmania’s berry industry.”

Costa currently has close to 1ha of land under production of the Driscoll’s Zara variety with discussions under way to expand production on Costa’s strawberry farms and other Driscoll’s growers’ farms in north and north west Tasmania.

As part of the commercial trial, limited quantities of Sweetest Batch strawberries will be sold in supermarkets in Hobart and Launceston. The trial also extends to a select number of supermarkets in Victoria and Sydney. 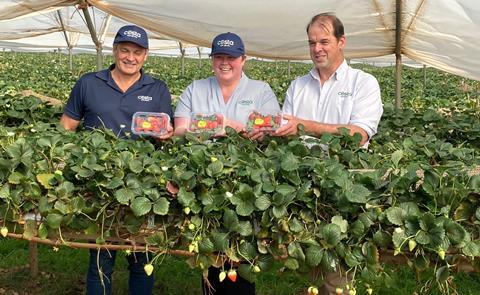