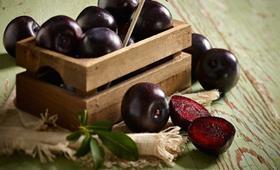 New research from the University of Woolongong has indicated that consumption of juice from the queen garnet plum can help to lower blood pressure in older adults.

Researchers attribute this effect to the fruit’s anthocyanins – a polyphenol found in the red, blue and purple pigmentation of fruits and some vegetables.

Blood pressure was monitored after subjects consumed a single 300ml serving of the plums juice. Over the next 24hrs blood pressure levels were “significantly lowered” in the older pool according to Nutrafruit, who own the global commercial license for the plum.

“The results have been impressive and will now form the basis for larger human trials,” said Nutrafruit CEO Luke Couch.

The plum was developed by Queensland Government scientists by coincidence when trying to breed a flavourful plum resistant to spot disease. The end goal is to seek superfood status for the fruit which could bring in royalties to the Queensland Governemnt.