Busy July at Port of LA 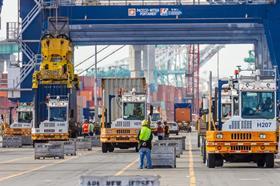