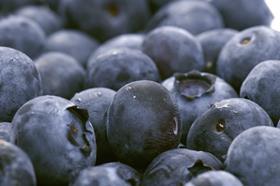 Chilean exports of fresh and frozen blueberries to 26 December were down 24.1 per cent compared to the year-earlier period according to figures released by the Chilean Blueberry Committee.

It said the fall was due to more careful selection of fruit so that it could withstand the longer transit times caused by logistics disruptions and arrive in the market in good condition.

The committee also cited the shortage of stevedores and congestion at ports worldwide caused by the pandemic.

The logistical challenges of shipping fresh produce, coupled with a new trade deal with China covering frozen fruit, are expected to lead to a significant rise in exports of frozen blueberries this season.

The most up to date figures show that exports of frozen blueberries were to 21 November were up 9 per cent on the previous year.

Blueberry exports were expected to reach their peak during the last week in December and first two weeks of January, driven by production in the Central-South zone.