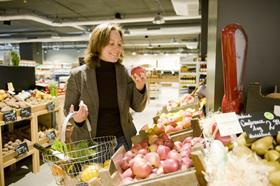 The EU's Commissioner for Agriculture Janusz Wojciechowski has announced the launch of the first-ever EU organic awards, with applications officially open.

Jan Plagge, IFOAM Organics Europe’s President, commented: “These EU Organic Awards are a great way to showcase the innovative potential in the EU organic sector and how the sector contributes to the EU Farm to Fork and Biodiversity strategies’ goals. The current crisis shows that the EU should seek to speed up its work towards an agroecological and social model which is more resilient, fairer, healthier, more knowledge-intensive and based on shorter supply chains.

'The war in Ukraine and its devastating consequences show that the agro-industrial model, which is highly dependent on global imports and exports, fossil-fuels, and non-circular inputs, is broken. The EU Farm to Fork Strategy sets the right mid- and long-term objectives to ensure food security in an uncertain and volatile world.”

Eduardo Cuoco, IFOAM Organics Europe’s Director, said that the awards would 'inspire those working to make our food and farming system more sustainable'.

'I believe organic’s approach to food and farming is a good way to rethink our food production system, to make it more independent from external inputs, less input-intensive and more resilient. These awards can inspire many practitioners to make the switch to organic and be part of the solution to many crises we are facing, including food security, and the biodiversity and climate crises.”