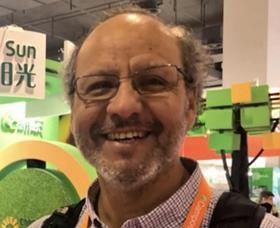 Juillerat will assume a general advisory role on the board starting this month (January 2021).

He brings over 27 years of experience in the berry industry to the board, including 20 years with Vitalberry. Juillerat joined Hortifrut in 2013 and worked with the group until 2019. He also served as president of the Blueberry Committee of Chile-ASOEX until late 2019.

Nils Goldschmidt, chief executive of Terra Exports, said Juillerat’s understanding and experience in partnerships, acquisitions, and corporate branding in markets such as the Americas, Asia, and Europe would support Terra Exports’ goal of becoming one of the largest fresh produce companies worldwide.

“Felipe joining our company in a board/advisory role is a tremendous step forward for us,” Goldschmidt explained. “His guidance will be key to catapulting us into the next phase of our company, which is building a roadmap to becoming one of the top fresh produce companies in the world.

“Felipe’s experience and success with Hortifrut are unmatched in the industry, and having him on board will give us the edge we’ve been eager for since the start of Terra Exports.”

Terra Exports is a global fresh fruit importer and exporter headquartered in Las Vegas. With eight divisions spread across the world, the company sources and ships premium quality fruit and vegetables to over 65 countries year-round.