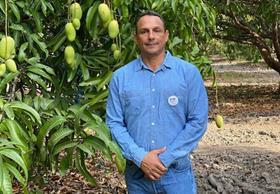 Mexico is set to export around 61.66m cartons of fresh mangoes to the US market in 2022, a similar volume to last year. The quality of the crop is reported to be excellent.

Eduardo Castillejos, president of the Association of Mango Exporters of Mexico (Emex), said production will be highest between weeks 13 to 24, with volumes peaking at around 3m cartons a week from late May to late June.

“In the state of Oaxaca, the strongest production will come in the month of April, because the harvest is delayed and the first months will not see the same amount of fruit as in other years. But already in April we will see good volumes,” Castillejos said.

Similarly, the state of Chiapas, there is expected to be a good volume from the third week of February, reaching a peak on 20 March.

Castillejos noted that there was a shortage of Ataulfo ​​mangoes in the first two weeks of February, but that volumes had recovered slightly by the third week and will continue to rise up to the last week of March, after which a good volume is expected throughout the month of April.

“Regarding Tommy Atkins, we expect to see a shortage over the next two weeks, with volumes gradually increasing through March and April,” Castillejos continued.

Production in the state of Michoacán is pegged at 14.19m cartons, while Nayarit is set to produce 12.76m cartons and Oaxaca 10.50m cartons.

Then comes Chiapas with 4.90m cartons, Jalisco with 4.58m cartons, Guerrero with 2.09m cartons and Colima with 1.23m cartons.

“We believe this will be a great season for Mexican mangoes in North America, with the flavour and quality that characterises our fruit,” Castillejos said.