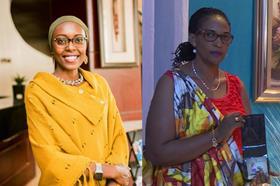 Global Women Fresh (GWF), the international network for women in produce, has got together with the ITC’s SheTrades initiative to launch a microfinance pilot programme for women-led SMEs in Rwanda’s Ag Fresh industry.

All over the globe, women stand in unfortunate solidarity behind the barrier to financial access, education, and literacy. This very tangible problem permeates and perpetuates women’s inequitable position in the Ag Fresh industry, one of GWF’s many battlefronts.

At least one-third of women entrepreneurs face gender bias from investors, and according to a study conducted by HSBC, women are often asked more questions about their personal life than their business idea. Women had a meagre 2.2 per cent share of the US$130bn given out in venture capital in 2018. And that was a US$1bn improvement over the year before.

Even in parts of the world where legislation has been adjusted to facilitate gender equality, women, and especially women of colour, are left several paces behind the starting line by the long arm of history, and the stronghold culture and social norms have on financial institutions and individual spending.

Complex sets of circumstances often disqualify women in Africa from receiving investment capital and/or make it impossible to afford. GWF has been working in partnership with the ITC’s SheTrades Initiative for two years, supporting women entrepreneurs in the Ag Fresh industry. Most recently, it has launched a microfinance pilot programme for women-led SMEs in Rwanda.

Aida Lizbeth Becerra Garza leads the Access to Finance component of SheTrades and is familiar with obstacles women grapple with via ITC research and work with women entrepreneurs. According to Becerra, the most popular form of loan collateral is property, but in many African countries, women still aren’t allowed to own land.

And even if a woman has managed to jump that hurdle, it is against the cultural grain for women to deal with banks, creating an insecure environment for negotiation. With an average interest rate of 18 per cent, receiving and benefiting from a bank loan in Africa is nearly impossible for women-led start-ups.

Julie Escobar, co-founder and president of GWF, welcomes the opportunity to partner with ITC SheTrades and execute the first microfinance pilot programme. “I believe women business owners need to have more access to capital. If we do not figure out a solution for this, it will be hard for women around the world to succeed within their own businesses,” she says.

GWF recently provided two microfinance loans of three thousand dollars to Francine and Immaculee of Nyamurinda Coffee Growers, and Sakina Usengimana of produce grower and exporter Afri Foods in Rwanda. With low interest rates and no collateral, these loans provided a buffer and space for Afri Foods and Nyamurinda Coffee to grow. “This intervention from GWF is very attractive,” says Michelle Kristy, project manager of SheTrades Rwanda.

“It creates an enabling environment for other investors to do the same, so we hope to scale up in the future.”

Afri Foods founder and managing director Sakina Usengimana says: “It seemed too good to be true — I almost didn’t apply!” In less than three short years, Sakina has seen her company grow from a seedling into a successful, international business selling chilli, passion fruit, avocado, plantains, and apple bananas to foreign markets, and inspired women in her field to continue climbing the ladder toward gender parity.

GWF insists diversity and inclusivity issimply good business – companies in the top quartile for executive gender diversity are 21 per cent more likely to have above average profitability, and this goes up to 33 per cent if the executive team is culturally diverse.