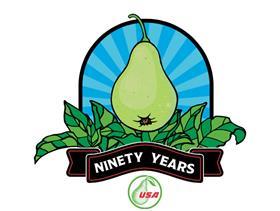 Pear Bureau Northwest turned 90 this December, making it the oldest organisation to be funded by federal marketing order in the US.

The then Oregon-Washington Pear Bureau was founded in 1931 and began its first promotional programme that autumn with a budget of US$15,000 to market that season’s 2.1m cartons of winter pears.

Ninety years later, Pear Bureau Northwest represents more than 800 growers and 29 handlers of fresh pears in four growing regions: around Wenatchee and Yakima in Washington and around Hood Riverand Medford in Oregon.

The goals of the organisation include increasing pear consumption and grower returns through innovativepromotional activity with national and international retailers.

The earliest activities of the board organisation included research and implementation of a pear wrap programme to reduce pear damage during transportation and development of recipe brochures and nutrition messages for consumers.

Today, the organisation continues to fund research and consumer marketing through digital advertising, social media and sponsored search and banner ads on online retailers, while also using new strategies such as QR codes and Augmented Reality.

The Bureau has also built and maintains the world’s largest web site dedicated fresh pears that educates consumers on pear varieties, sharing recipes, tips on how to tell when pears are ripe, and the nutritional benefits of pears.

“As one of just a handful of presidents in the history of this organisation, I amproud to be a part of this incredible industry and community,” said Kevin Moffitt, president and CEO at Pear Bureau Northwest.

'We remain focused on increasing pear consumption among consumers worldwide while helping retailers sell more pears during this time of unprecedented challenges.

“The Pear Bureau is a nimble team and we develop and execute progressive, innovative and effective advertising and promotions, all of which help keep grower returns strong and their way of life sustainable.”