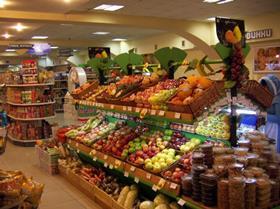 The Russian Far East (RFE) has been a very stable market for US fruit since the late 1990s. It is a comparatively small, but very well developed market for Washington apples, US Northwest pears, California table grapes and Northwest cherries. Citrus and pomegranates from California, as well as potatoes and onions from the Northwestern US, have also become popular items recently.

The population density in the Russian Far East, at 1.2 people per km2, is much lower than the average 8.7 person/km2 for the Russian Federation. Nevertheless, the RFE imports 40-55 per cent of total US fresh fruit exports to Russia.

Vladivostok is the main port of entry for imported fruits. Importers based there forward containers of US fresh fruits to the RFE regions: Khabarovsk, Sakhalin, Kamchatka, Magadan, Birobidzhan and up to Eastern Siberia with Lake Baikal.

After the collapse of the Soviet Union, RFE was neglected by the federal government. It had to find its own ways of survival. Vladivostok port began to serve as the main gateway for import-export operations, supplying the whole RFE region. When the city was officially opened to foreigners in 1992, for the first time in 70 years, Russians became strongly attached economically to neighbouring China and Japan. China supplied food and clothes, while Japan provided used cars.

Nowadays the population of Primorye Territory is about 2.2m people, or 1.5 per cent of the total Russian population, thanks to natural growth and migration. As in other Far Eastern territories and regions, the population of Primorye Territory is very unevenly distributed, with densely populated districts alternating with sparsely populated ones. One-third of the territory, mainly in mountainous areas, has no resident population at all.

There are more than 90 registered nationalities in Primorye Territory. Russians predominate, but there are large numbers of Ukrainians and Belorussians, Germans, Tatars, Jews and Koreans in the cities of the Far East. The number of Kazakhs, Tajiks, Uzbeks, Georgians and Azerbaijanis has increased in recent years due to migration from post-soviet Commonwealth of Independent States (CIS). Chinese and North Koreans also constitute a significant part of the population.

Now, after more than a decade of neglect, Moscow has targeted the Russian Far East as key to Russia’s economic growth over the next 20 years. The Russian Far East is poised to become an important component to the Pacific Rim and global markets. Moscow's high-powered preparations for the 2012 Asia-Pacific Economic Cooperation (APEC) summit in Vladivostok are also adding dynamism to the development of the Far Eastern economy.

Hosting of the APEC summit in Vladivostok will have broader economic significance beyond the direct economic impacts of investments in infrastructure facilities and other endeavours. It is a sign of Russia beginning to attach greater importance to the economic development of its Far Eastern region as part of its efforts to enhance its status, both political and economic, in the Asia-Pacific region.

China, Korea and Japan have already pronounced their interest in long-term projects on the Far Eastern territory. Japan and Russia are to build a liquid natural gas plant in the port of Vladivostok. Russian and Chinese companies started construction of an iron ore dressing plant in the Jewish Autonomous Oblast. Mazda Motor Corporation is considering assembly production in the Russian Far East. Japanese car-making giant Toyota, Japanese trading house Mitsui & Co and Russian automaker Sollers will launch joint car production in the far eastern city of Vladivostok in 2012.

Currently, major foreign trading partners in the RFE are Japan, South Korea, Vietnam, US and, of course, China. One can easily find food stuffs, originating from these countries in bigger cities of the region, as well as the number of eating places with Chinese, Korean, Japanese, Uzbek cuisine keeps growing. Eating habits in the households are also becoming more diverse.

The region remains Russian but it has acquired some features from other nations. This diversity can hardly be compared to Moscow or other Central Russian cities. And it is yet very far from the cosmopolitan feel of Singapore or Hong Kong, but Asian influence (both from Pacific Rim and former soviet countries) is pretty strong here.

Agriculture is the Achilles' heel of the Russian Far East. Its northern harsh climate, remote location and lack of infrastructure restrict commercial agricultural production to a few southern regions in the fertile Amur River valley and low lands of Southern Primore.

Since the early 1990s, agriculture has experienced several shocks. First, subsidies and federally mandated investment were slashed. Second, there was a drastic fall in the purchasing power of the population. Third, local producers were impacted by the availability of low-cost, competitive foreign products - US chickens, New Zealand lamb, and Chinese vegetables. As a result, total agricultural output in the RFE declined steadily from 1992 to 1998 as production of grains, meat, and dairy products fell to less than half of former levels. Only a few products, such as soybeans and potatoes, remained competitive.

The Russian Far East has never been particularly strong in growing fruits due to climatic issues. As a result, the region heavily relies on fruit imports and remains quite vulnerable to fluctuations in exchange rates, high domestic tariff barriers, and rising transport costs coupled with poor transport infrastructure.

But, unlike the highly volatile Western Russian market, the RFE market for fresh fruits remains stable, buying its 40-55 per cent share of total US fruit imports regardless of general economic situation. And it happens despite the constant presence of Chinese and Uzbekistani cheaper fruits on the market.

The RFE market buys more than 80 per cent of Russia’s total US Northwest cherry imports. However, low income (According to authorities, the average monthly salary for blue-collar workers in the Primorye region for 10 months of 2010 was 21,260 rubles - around US$700) and sparse population are barriers to increasing US fruit import volumes.

I am currently working on increasing the trade universe for Washington apples and US pears through visits to Siberia and Kazakhstan, where rapidly expanding modern retail formats lack basic high quality fruits.

All types of fruits are imported into the RFE. There are small volumes of locally-grown fruits that appear on the market during summertime and are consumed mostly by households that grow them on private land plots. Surplus volumes are sold, but they are a drop in an ocean of imported fruit volumes.

Chinese imports dominate the region, with apples, pears, citrus, table grapes, stonefruit and even kiwifruit. The most popular fruits in Russia, and the RFE is not an exception, are apples, bananas and citrus (particularly oranges and lemons). These are closely followed by pears and table grapes. It is also worth mentioning the history of kiwifruit consumption in the region.

Vladivostok companies started to import kiwifruit in the early 1990s, when the city just opened to external economic relations. The fruit was totally unknown to the local consumer, and it took a massive promotional campaign to introduce the fruit and how to eat it to Russians. It helped, and kiwifruit became a common fruit for RFE citizens. The fruit is now imported from a range of global origins, but many Russian cities in other parts of Russia remain unaware of kiwifruit. I remember a lady in a Moscow hotel taking it from the breakfast fruit basket and trying to eat it just as it was – with the rough skin.

In terms of direct imports into the RFE (volumes of mainly European fruit are forwarded from Moscow), most direct apple imports come from China (Shandong Province) and the US (Washington State), with New Zealand apple imports from Enza during the summer months. There is also significantly smaller and uneven supply from Argentina, Korea and Japan.

While Chinese fruits dominate the market, US fruit imports into the region occupy a firm second position in volume, while the rest of the countries mostly fill in seasonal gaps, with Japanese and Korean fruits being “the nichest of the niche” on the market.

Import fruit flow into the RFE region never stops – only the seasonality changes. For example, the Washington apple season lasts from September till April/May, then New Zealand apples continue during summer months. Cheaper Chinese fruit imports are carried out throughout the year.

All fruit imported into the region is brought in by importing companies, or individiual importers. Retail chains have only recently begun to think about direct imports. The fresh fruit import business in Russia is very risky, and one needs to be very knowledgeable and well-connected to succeed.

Fruit import airfreight is very expensive due to Vladivostok Air Cargo’s monopoly on the market. Besides, they use Soviet aircarriers which just do not accommodate standard air-cargo containers.

All the fruits you see at RFE retail stores are imported. There are fruits and berries which you won’t see at consumer markets or convenience shops with fruit departments, like expensive Japanese Kyoho table grapes priced at US$45 per pack or berries grown in Belgium at a similar per unit price. These are only found in local supermarkets in winter for high-income consumers. But you’ll find Chinese apples, pears as well as Washington apples and Northwest pears everywhere in the winter – from cheaper convenience stores to expensive supermarkets.

Cold chain maintenance has significantly improved since the 1990s. The main import companies dealing with more expensive fruits from the US or South Africa have been improving their facilities, though smaller wholesalers still use outdated facilities.

Problems remain with transport infrastructure provided by Russian railways. Trucking to other regions of the RFE is also complicated as the roads are basic. Like most other developing countries, problems with corruption, customs clearance protraction and bottlenecks in the port and lack of available cheaper credits also exist. Regional features impeding progress also include the population density and huge distances.

Nevertheless, I annually receive inquiries from importing companies willing to step into the market for more expensive fruit imports. And as mentioned, there is a growing interest from local retail chains.

Over the last decade, with all its ups and downs, I’ve seen only stability in the imported fruit market, and even volume growth during the past season for US fruits such as Washington apples, Northwest pears and cherries and California table grapes.

It is a very well known fact that Russian consumers trail far behind their Western world counterparts in eating fresh fruits and vegetables. Only 10 per cent of shoppers consume fresh fruits and vegetables on a regular basis. About 80 per cent of the people consume fresh produce irregularly, and 10 per cent cannot afford it at all. The average fruit consumption is now estimated to be 53kg per capita, while 10 years ago it was 32kg per head.

Already pomegranates are becoming increasingly popular. Russians are well aware of their health attributes since pomegranate juice has always been a speciality shipped from former southern Soviet Republics, like Armenia and Azerbaijan.

Burgeoning modern retail chains are also showing interest in importing vegetables, since local producers cannot provide the quality or packaging they require. Change is afoot in the RFE, and importers are working hard to keep pace.

END NOTE: Katerina Akulenko is the Russian Far East representative for the Washington Apple Commission, the Pear Bureau Northwest/USA Pears, the California Table Grape Commission and Northwest Cherres. She has been involved in the fresh fruit business since 1999.