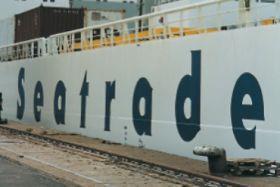 Conventional reefer operator Seatrade subsidiary StreamLines, which previously specialised in backhaul containerised cargo from the North Continent to the Caribbean on a slot charter basis with Cool Carriers, has established its own containership service that will operate between the French West Indies, Central America, the US and northern Europe.

The service development is significant for a number of reasons and has a number of equally significant consequences and implications. Most importantly, the new container service marks the first foray into liner business for the world’s largest reefer operator. With Seatrade’s own containership newbuildings set for delivery in 2017, the Blue Stream service will give the operator an early taste of the competitive pressures it will face.

The coincidence of a weak containership market and low bunker costs has enabled Seatrade to build the Blue Stream service on a bedrock of business already under its control. Indeed, the move was precipitated by the StreamLines’ commercial arrangement with Cool coming to an end – Cool chose to collect some of the Fyffes’ backhaul business once the Irish multinational signalled it was to switch modes on its Colombia to UK and North Continent banana service; there wasn’t enough spare capacity to include the StreamLines cargo. Meanwhile, Seatrade’s eastbound Caribanex specialised reefer service from Colombia and Costa Rica was oversubscribed, which had the effect of forcing some of its customers into the arms of third party carrier services.

A new concept, which is quicker across the Atlantic eastbound than it is westbound, in order to optimise reefer cargo in one direction and dry cargo in the other, seemed the obvious ‘two-birds-one-stone’ solution. The backhaul (reefer) eastbound voyage takes 14 days from Guatemala to Rotterdam, while the headhaul (dry) takes 21 days in the opposite direction, in order to accommodate more port calls.

Blue Stream will give Honduran and Guatemalan banana shippers fast and direct access to the UK and continental European markets for the first time, just as it will offer a containerised alternative to the carriers for pineapple shippers from Costa Rica.

By how much the new service will affect the existing CMA CGM services to and from the French West Indies (FWI), and the Geest banana service to and from the Dominican Republic, remains to be seen. CMA CGM will be the more aggrieved of the two as Blue Stream makes directly competitive port calls. CMA CGM can offer FWI banana shippers highly competitive eastbound rates because the westbound voyage is so profitable. If, as can logically be expected, Blue Stream seeks to build dry cargo market share in Martinique and Guadeloupe, the viability of the CMA CGM service will be called into question.

The feasibility of the Geest service will be compromised if any such price war erupts on the westbound leg, bringing the intra-Caribbean transshipment option into play. Given that Geest recently extended a Time Charter with four Seatrade units for 24 months, there might be fireworks if this occurs!