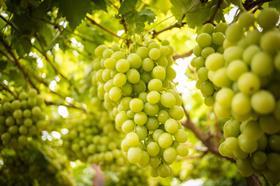 South African grape growers supplying the early season this year are having to overcome a number of hurdles.

While most regions have reported increases in crop estimates, the reality is that export logistics and events resulting from the war in Europe are making things extremely difficult.

With exports to Russia halted, Southern Hemisphere suppliers such as Peru are increasingly redirecting fruit destined for Russia to Western Europe.

Ports used by South Africans in Europe are also becoming congested due to delays in discharging and re-scanning containers before they are released.

Coupled with delays in shipping grapes from Cape Town due to port inefficiencies and disruption caused by wind, containers often take eight weeks in transit compared with the 24 days normally allowed for grapes from the northern areas.

According to the latest information supplied by SATI, growers have so far delivered almost 69m cartons.

Out of this volume some 56m cartons have been shipped, reflecting a very smooth harvesting period in especially the Berg and Hex River regions, which are both expected to exceed their original forecasts. These regions have so far delivered some 35m cartons.

Despite the weather being unfavourable at times in the Orange River, growers there delivered nearly 4m cartons more than last year with the season concluding on 22.3m cartons.

Perhaps the only disappointing crop result came from the northern regions, where deliveries fell short of last year at 7.3m cartons.

“It has been a tough year,” said a spokesperson from the Northern Transvaal Grape Growers Association. “In some cases, our grapes were in transit for eight weeks and when they arrived, they were close to the end of shelf-life. We all know there is no place for unsound fruit in the market.”

Growers in the region also must take some important decisions on the cultivars they are offering in the early season.

“We find that our Early Sweet must compete with Sweet Globe and Autumn Crisp from Peru,' the spokesperson continued. 'The focus will be for us to get similar varieties to open our season.”

On the marketing side, the UK and Europe received close to 75 per cent of all volume exported, with increased numbers also recorded for Canada, the Middle East, Africa, and Southeast Asia.

The Far East received the same volume as last year, while around 900,000 cartons were shipped to Russia. It is not clear if these volumes reached Russia before the current crisis in Eastern Europe developed.

The late region of the Hex River and Berg River are reporting excellent packing conditions, with record volumes being delivered in the Berg River.