What will 2022 bring for South African citrus? 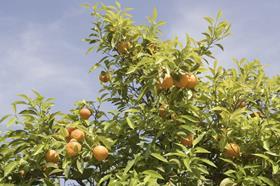 During the past year, the South African citrus industry has regularly pointed to the challenges it has faced, such as those at the country's ports.

Chadwick said 2021 had been an 'annus horribilis' for the Southern African citrus industry. “Many stated that they had never experienced such a horrible year,' he confirmed.

The South African citrus industry is now in its vital pre-season planning phase and it is likely to spend much time reflecting on the logistical year ahead against the background of another record crop, if growth in recent years is anything to go by.

Chadwick recently told growers it was likely that port operations in 2022 would be constrained.

“The necessary resources to bring about the needed improvement in efficiency will take some time to come to fruition,' he said. 'Exporters need a thorough and well-developed logistics plan for 2022.

“One thing we learned in 2021 was to expect the unexpected – hopefully in 2022 this does not include an insurrection or a cyberattack – but who knows what will be thrown at us.”

For guidance on what can be expected if present logistics and port problems continue, the citrus industry need look no further than the problems experienced by the South African table grape and stonefruit industries at the port of Cape Town.

Stonefruit growers are in fact in the midst of their own annus horribilis this season.

Granted, the shortage of containers is a worldwide problem, but inefficiencies and delays in Cape Town can generally be laid at the door of the port authority.

Stonefruit shipped from Cape Town to Europe this season arrived only after 46 days – with exporters and the trade confirming fruit out of protocol and in a declining state of quality.

“We are sitting with our hands in our hair,” commented one exporter. “It is costing the industry millions of rands, something growers can simply not afford. It is difficult to see how they will survive this.”

“The performance of the South African Container Terminals continues at levels far below international norms or acceptable levels,' said Chadwick. 'Equipment challenges coupled with weather delays and the fact that hundreds of key personnel have left Transnet after being offered a Voluntary Severance Package (VSP), has seen performance continue to deteriorate resulting in extended shipping delays.”

The CGA said it would engage daily with the port operator on operational issues and feed through information and intelligence as it became known.

“We will encourage and support the port operator wherever possible,' the CGA stated. 'In this way the thousands of logistics decisions made daily will be informed decisions, and we can get to not only export the big volume anticipated for 2022 but export it timeously and in line with marketing plans.”

Southern Africa’s first citrus crop forecast, including prospects for South Africa, Zimbabwe and Eswatini, will be released in March.

According to reports, the industry exported a record-breaking 163m cartons in 2021, sustaining 120,000 jobs and generating R25bn in export revenue.

It is expected that it will further increase this year – reaching around 200m cartons in five years’ time.

“By planning well, adapting quickly, and working together we may be able to ensure 2022 is an annus mirabili (wonderful year),” said Chadwick.